Even on holiday, sometimes when you're hungry, only fish and chips will do. Eat-in or take-away, we challenge you to taste better than Scampis Tenerife Fish and Chips in Los Cristianos.

Scampis Tenerife is a family business and has been running for over 15 years, making it the longest established fish and chip shop in Tenerife.

Along the way, they've discovered many things about our nation's favourite food, such as only the freshest cod and the crispiest batter will make people keep coming back for more. And back they come. Scampis Tenerife Fish and Chips have a loyal following of diners, both for the sit-in and the take-away service, so don't be surprised if some nights you have to wait a few minutes for a table. Understandable when you consider the quality of the food and the fact that ice-cold beer is on sale at just €2 a pint.

And it's not just fish and chips that available. You can take your pick from half roast chicken, pork chops, various pies, burgers and many others. A children's menu also offers Cod Fish Fingers, Fishcakes, Chicken Nuggets and Sausages, so there's something for all the family.

So next time you get the urge for traditional fish and chips in Tenerife, pop along to Scampis, just up from the beach in Los Cristianos (click the map button, top right). In fact, next time you're on the beach, why not make it a Tenerife fish and chip beach picnic? 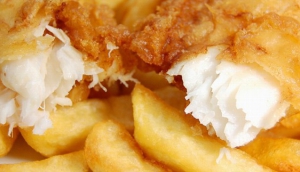 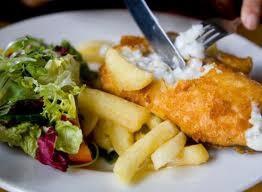 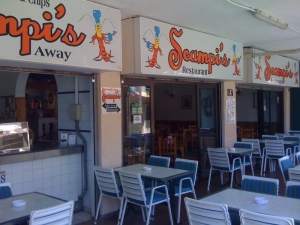 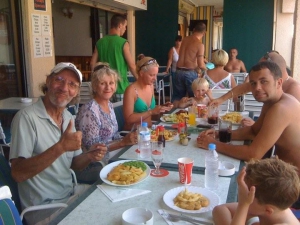 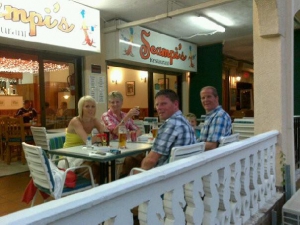 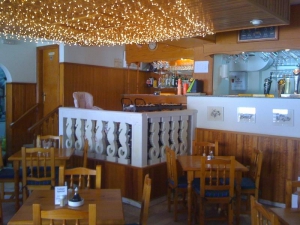 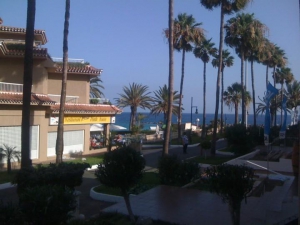 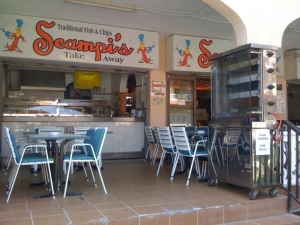