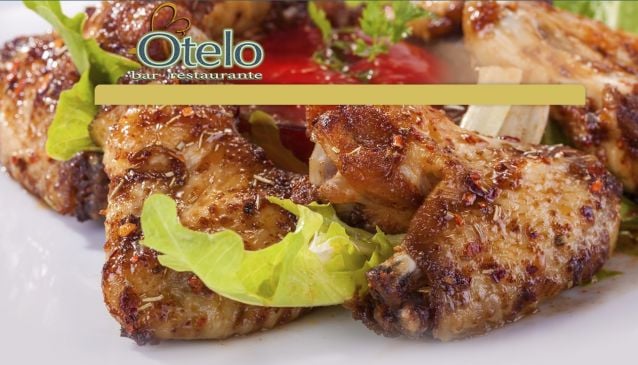 Otelo is a bit of an enigma in South Tenerife. More years ago than we can remember, the owner hit upon a simple chicken dish that took the world by storm. Well... Adeje at least. The top bit. Garlic and chicken were married with a secret blend of herbs and fried to crispy perfection. It was a recipe that would put hillside town on Tenerife's culinary map forever. Ok, so it's not haute cuisine but it is plate-licking good. Nowadays you'll find no less than five similarly flavoured establishments in the same square mile.

So what makes Otelo stand out? It's location for one. Perched at the very top of Adeje on the edge of a vertiginous plunge, the setting is extremely dramatic. This is not a restaurant to walk to though. It's positioned as it is at the top of a very steep slope that makes an Olympic ski jump look like a children's slide. Don't forget to yank up your handbrake an extra notch if there are no spaces in the restaurant's car park.

The interior is fairly uninspiring but there's usually a frenetic buzz about the place with locals chatting at a volume and speed only achieved by the Spanish, and holidaymakers chatting excitedly about the food and scenery. Don't expect a menu. There are only really two choices - chicken, or no chicken. In which case what the hell are you doing at Restaurant Otelo? You can get other dishes but this is REALLY a chicken restaurant. Just nod when the waiter asks if you'd like chicken, chips, salad and bread.

And if you fancy a gentle (!) stroll after lunch to work off those crispy chicken calories you could always trek the Barranco del Infierno trail (Hell's ravine). The start is located just behind the restaurant. Allow 4 hours there and back. High heels are not the best footwear choice.

Otelo is a great restaurant for lunch, when you'll be able to appreciate the views. You might need to book for a Saturday or Sunday afternoon. There's also an Otelo II on the promenade in Fanabe. It's run by the same family and is a much smaller affair. You don't get the breathtaking scenery but you do get the same tasty chicken.

The crisp garlic chicken recipe is a closely guarded secret, known only to Otelo's clandestine kitchen staff and a select handful of insiders such as myself. I'd tell you what it was - but then I'd have to kill you, and that's not a very hospitable way to treat our visitors, is it? 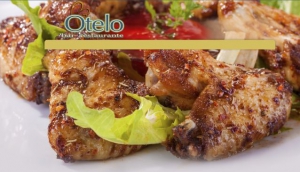