Run for cover... The bombardment has begun!

Advertisers relentlessly hitting us with reasons to part with more money than we can afford; dark skies hurling wave after wave of pounding rain on shoppers trooping through the slush in a ground battle to capture ‘this weeks’ trainers for little Jimmy; “must haves - can’t gets”; “last month’s – won’t do’s”  - words of  xmas destruction in a seasonal war of good will. And that’s just before the big day. Then there’s the aftermath; nuclear-family fallouts over who controls the TV remote; days of careful culinary preparation reduced to rubble in a matter of minutes; a famine of gratitude in an epidemic of gluttony. But there is an alternative.

For some, toil, strife and cold, dark days with depressingly few hours of sunlight form part of the Christmas package, with traditional discomforts setting the festive scene but how about giving yourself and your family a change this year, thousands of other Brits do?

There’s no better tonic for the deep winter blues than a dose of warmth away from everyday routines. Tenerife is the number one destination for UK winter escapees, where almost guaranteed sunshine keeps average winter temperatures up to ‘comfortable setting’ on your central heating control.

Whether you want a Christmas with a difference or to completely forget about it altogether, it’s understandable why more and more people are forsaking their festive winter woollies for shorts and bikinis whilst the rest of Europe turns blue.

What you will get

Many locals head up through the pine forests on Christmas day to have snowball fights or build snowmen on the patches of white that dot the national park around the foot of the world’s third largest volcano, Mount Teide.

Turkey with a tan

Dozens of  restaurants in Tenerife offer a full Christmas menu after which, instead of dozing off in front of television re-runs, you can sleep off post-pudding lethargy with a siesta on the beach.

The colour of Christmas

Most of the towns display detailed nativity scenes and local councils bedeck the streets and swaying palm trees with decorative illuminations while shopkeepers brighten their windows with gift-wrapped boxes, pine cones and deep-red poinsettias.

There are more than enough British bars blasting out Silent night than you can shake a Christmas stocking at, but if you prefer you carols more serene and composed, numerous local groups, including the four British schools on the island, hold traditional concerts over the holiday period.

Its well known that the Spanish are one of the most laid back nationalities in Europe and this relaxed attitude can’t help to rub off when the most taxing decision will involve when to turn over to get an even tan.

What you won’t get

As damp as a wet thing

Unless of course you choose to cool off in the tumbling surf.

Christmas is a busy time for Tenerife but there’s always room on the beaches. Playa del Duque in front of the Bahia del Duque Hotel, Fanabe, is a particularly good beach, as is Playa las Vistas in Los Cristianos.

Although there is an outside chance of rain in the winter months - more so in the northern resort of Puerto de la Cruz – blue skies abound in the land of eternal Spring.

Jack Frost nipping you in places that are better left un-nipped.

If breath was designed to be seen it would come in all different colours. Leave the nose dripping and numb fingers back in Blighty. Layers of sun tan cream are the only protective coverings you’ll need to face the elements in Tenerife.

Perfume, after shave, alcohol and tobacco are substantially cheaper than back home and with several pedestrianised shopping areas in the southern resorts, and the classy El Corté Ingles Department Store just opened in the north, it shouldn’t be too hard to find that present with a difference.

A poke in the eye from all angles

Escape from the TV, newspaper and magazine assaults emotionally blackmailing you into keeping your youngsters in the latest fashions. There’s no sound like the silence of suppressed advertising.

A boat that only goes upstream

When you’re in Tenerife, you can only flow one way. Any stressed behaviour, like dairy produce, is deposited into a large cardboard box at Tenerife airport, to be picked up again on the way back to the UK.

The Canarians start their celebrations on Nochebuena (Christmas Eve), when all the family get together for a big meal. Instead of mince pies, sausage rolls and assorted nuts, turrones (fudge bars), polverones (powder cakes) and mazapan (marzipan shapes) are the treats of the table and suckling pig or barbecued meat is served with the traditional vegetable of Canarian Christmas, the sweet yam.

Navidad (Christmas day) is not really a day of holiday, more a recovery period, like our Boxing Day, and presents aren’t exchanged until Los Reyes (Three Kings day) on January 6th.

From all at My Guide Tenerife a Merry Christmas and a Happy New Year... look forward to seeing you. 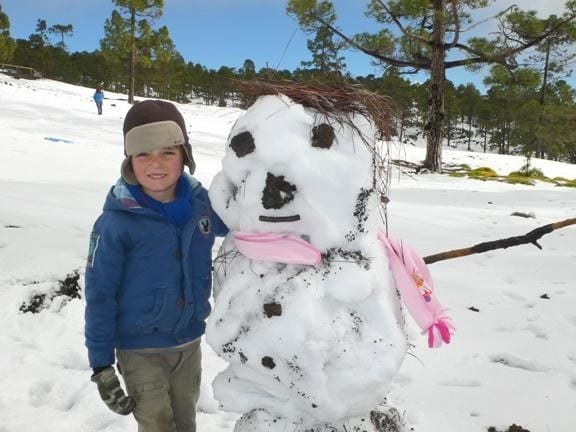 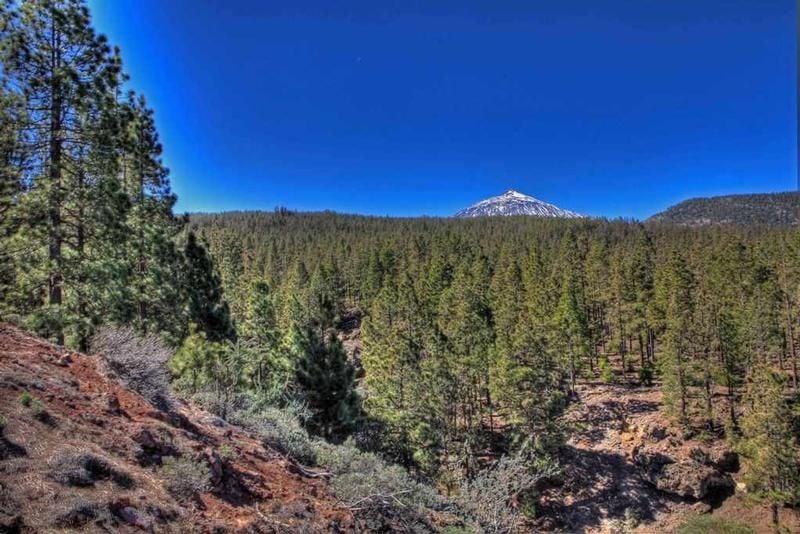 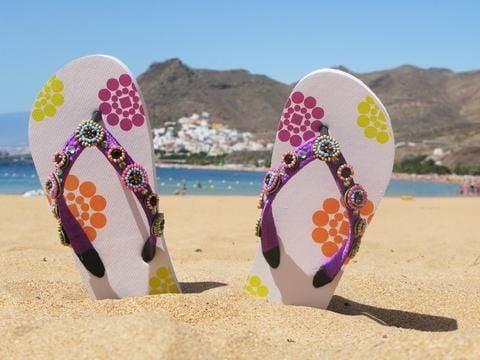