Lawyers and Solicitors Business to business For Residents

When it comes to Tenerife law we all want to be clear. We need sound advice from people we can trust, speak our language and get things done - Tenerife Solicitors does just that.

Perhaps you need to make a Tenerife Will, are a small business in need of help or are confused with tricky Spanish laws that you don't understand. Tenerife Solicitors are here to help.

Using his expertise, John Hatrick provides a service to ex-pats living in Tenerife as well as acting for residents living in England and Wales. You can instruct him to work on your behalf from Tenerife or from your home in the UK.

He has all the credentials including a current Law Society Practising Certificate and Professional Indemnity Insurance. He is also registered with the College of Abogados in Tenerife as a Registered Foreign Lawyer. And of course Tenerife Solicitors is regulated by the Law Society of England & Wales and the Solicitor's Regulation Authority.

Tenerife Solicitors believe attention to detail and speedy responses are of paramount importance. Their costs are highly reasonable and are often cheaper than using UK-based lawyers, (payments can be made in either Spain or the UK). Appointments can be made at your convenience, working out of office hours if that suits you better.

Legislation here in Tenerife can be very different to the UK. Tenerife Solicitors knows how to cut through the red tape and offers sound advice on a variety of subjects.

Many people dream of owning a home in the sun. For those lucky enough to make that dream a reality, Tenerife Solicitors has everything covered from helping you to purchase, negotiate, exchange contracts through to final completion. Tenerife timeshare law is also covered.

Getting divorced in Tenerife

If you need help and advice on how to get divorced as quickly and smoothly as possible, and take whatever steps need to be taken to annul your marriage, Tenerife Solicitors is the point of contact.

Some of the most important documents you need for your personal and business life are obviously written in Spanish. When you need to know exactly what is being said, Tenerife Solicitors provides a comprehensive translation service for your peace of mind.

Operating a small business in Tenerife

There are a host of laws which need to be adhered to when running your own business in Tenerife. Insurances, health and safety, and taxes to name but a few. Tenerife Solicitors will act as advisors so you can concentrate on other aspects of your business.

Making a Will in Tenerife

No matter where we live in the world, we know that we need to make a Will. Avoid time-consuming legal problems for your loved ones by allowing Tenerife Solicitors to guide you through the process ensuring all your Spanish assets go exactly where you want them to. Power of Attorney is also covered. They can provide wills and testaments for Spain and the UK.

Tenerife Solicitors can give you advice on what to do should you find yourself in hot water here in Tenerife.

Of course there are many more legal issues not under these headings which Tenerife Solicitors can help you with.

As far as the UK law is concerned, Tenerife Solicitors has more than a decade of experience in dealing with legal matters in the England and Wales.

When you need more than just an English-speaking solicitor in Tenerife, put your trust in Tenerife Solicitors, the only qualified English solicitor registered in the Canary Islands.

Calle de Colon, On the road down to Puerto Colon, Puerto-Colon 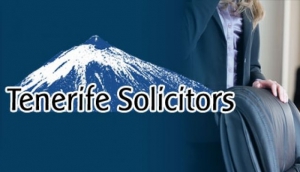 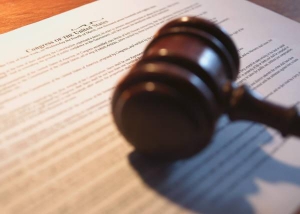 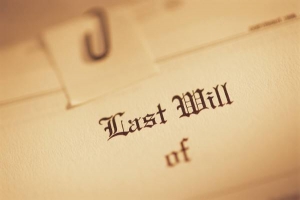