This famed courtyard eatery lies at the historical heart of one of Tenerife's prettiest towns - La Orotava. In town, it's by far the most popular eatery with visitors, and to be honest it's worthy of such mass attention. Set in an old Canarian mansion dating back to 1585, the restaurant sits amongst the cobbled streets of the old quarter. You do get a feel of Tenerife days gone by when you enter, with waiting staff garbed up in traditional clothes, old agricultural tools pinned to the walls and traditional music playing in the background. There’s also a small museum attached with a handful of historic artefacts on display.

The menu continues the Canarian theme with plenty of nods to tradition. If you've never tried gofio, the staple diet of the original islanders, this could be your chance. The menu features this roasted cereal in many guises - from toast spreads to ice cream. You've not tasted Canarian food until you've tried gofio, but be warned... it's an acquired taste. Also expect the usual suspects of Conejo en Salmorejo (rabbit in spicy sauce), Carne con Papas (beef stew) and many others. You'll also find a pleasing selection of local wines on offer. We recommend anything from the Monje bodega or a full bodied Vina Norte Reserva.

If you want to go the extra mile, a hotel is tagged onto the restaurant so you can wine and dine then crash in one of the 8 bedrooms. Rates are available through the website. 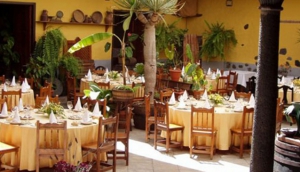 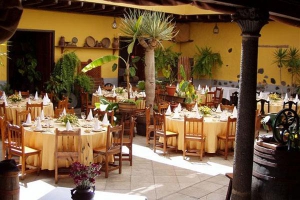 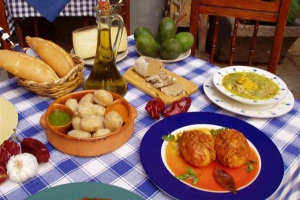 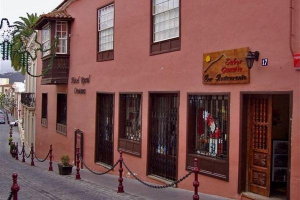 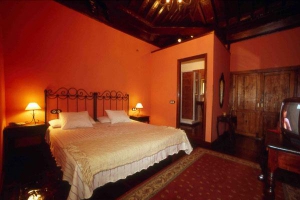 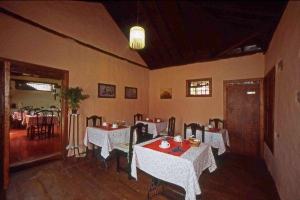 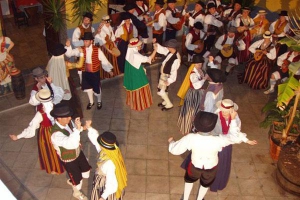